Research. Research, research, research and marketing. This is what makes junk foods to be as addictive as they are. This article explains how major companies in the junk food industry have made their products exactly what we want. Whether it requires a change of color, crunchiness, packaging or target audience, the heads of coca-cola, Dr. pepper, Oscar Mayer, and Frito-Lay want Americans to like their products most.

Efforts to change what these companies were doing, contributing to the obesity epidemic, started back in 1999, and it wasn’t until recently that I think there have been positive results. Don’t get me wrong, obesity and diabetes rates are still rising, but marketing sugary, salty and fatty foods towards children is definitely declining at an incredible rate. The Disney channel is cutting out all commercial for foods that do not pass their health standards starting this year. Now Fast Food companies are also starting to follow trend. Hallelujah! 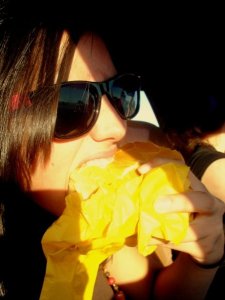 Something to help Facebook addicts should have come along long ago!  I know too many people who fall too deep into the world of social media. I think this father had the rable idea in giving his daughter $200 to quit Facebook for two months.

There has been a site that you go and give $5 to say you’ll stay off of the website, you’ll get your money back but if you don’t, they keep the money and it goes to centers that will help people with mental problems and addiction problems. If people could take a step back, and take a look at your life without sharing it with everyone, I believe you cayourself much more.

What does the superbowl mean to people? It’s THE football game of the year, it’s a great spectacle, a (hopefully) action-packed 4 hours of entertainment for everyone. If you don’t like the football, you probably liked this years performance by Beyonce, the much anticipated reunion of Destiny’s Child. Or you like the oh-so sweet Budweiser Commercial or the Oreo commercial. Cookie? Or Cream?

If you don’t like football, you can cheer for your favorite team anyway, based purely on the players. This is what I have to do if the Cowboys or Vikings aren’t in it. There are some “heartwarming, grotesque, impressive, and tragic” backstories to a lot of the players this year. My personal favorite was about Colin Kaepernick, a 25- year old backup quarterback starting the season with the 49ers.

Colin really seems to be a stand-up guy, despite some articles that came out trying to say the opposite. All I heard for a while from reporters, my grandfather and friends was how Colin was not your ‘typical quarterback’ and I completely agree. That’s not because he’s covered in tattoos, but because of how he led his team to the Superbowl, how he may be arguably be the fastest quarterback in the NFL, and what he does for his community. Like many others have done before, add Kaepernick to the list of people who stand up for a cause and raise money, his being Camp Taylor, a camp for children who have heart defects. 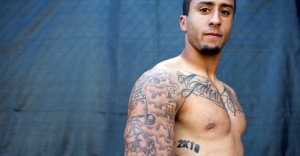 Your not-so-average quarterback steals the show (photo from blueberryfiles/flickr.com)